“The moment you doubt whether you can fly, you cease for ever to be able to do it.”

MEET SOME OF OUR MEMBERS 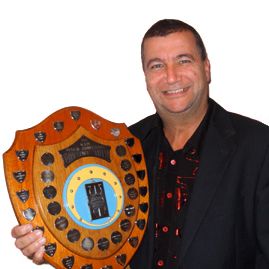 Ian Manly
Ian has been performing magic professionally for 20 years, and has won numerous awards. His most recent award is the WAM Stage Magician of 2021!

Ian performs professional magic at corporate and adult events: dinners, weddings, christenings, parties and bar mitzvahs. He also has a great magic’n’fun show for children. Sometimes he will combine the two! 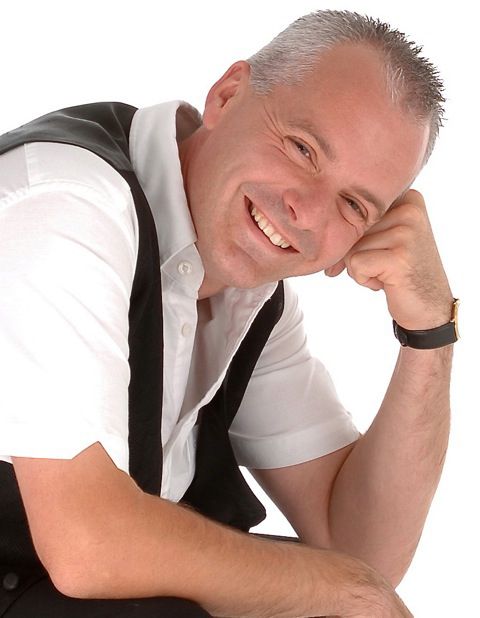 Paul Megram
Magic for adults – Paul provides the very best in magical entertainment. He will charm and delight your guests with his unique blend of close-up magical artistry, leaving them amazed, bemused and bewildered but above all thoroughly entertained. Whether it be mix and mingle or table magic, the perfect complement to your special occasion.

Magic for kids – Voted UK Children’s Entertainer of the Year. Known as Colonel Custard, Paul has been entertaining kids for over a decade with his unique blend of fun-filled magical mayhem.

Paul is also the current Chairman
Now that’s what you call lucky! 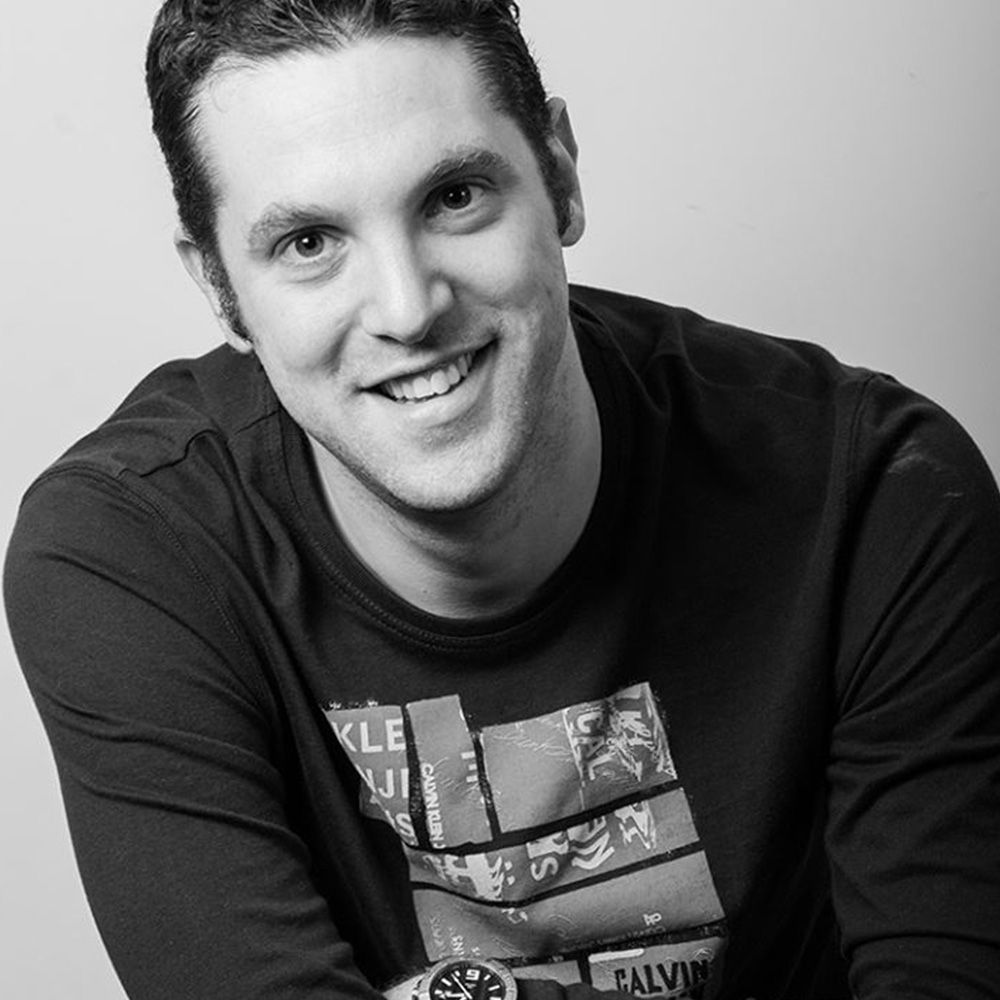 With Captain Calamity the audience become the stars, engaging with Dov and becoming part of the act. They are invited to shout out, jump up and get stuck into the action, becoming a member of a pirate crew or students at the Irazimus School of Wizardry or even joining the Mad Hatter for a spot of tea.

Anything is possible when Captain Calamity taps into the unlimited resource that is the human imagination!

Madonna’s children, David and Rocco, 11 Downing Street, and The Sultan of Brunei, are just a few of Captain Calamity’s happy clients. 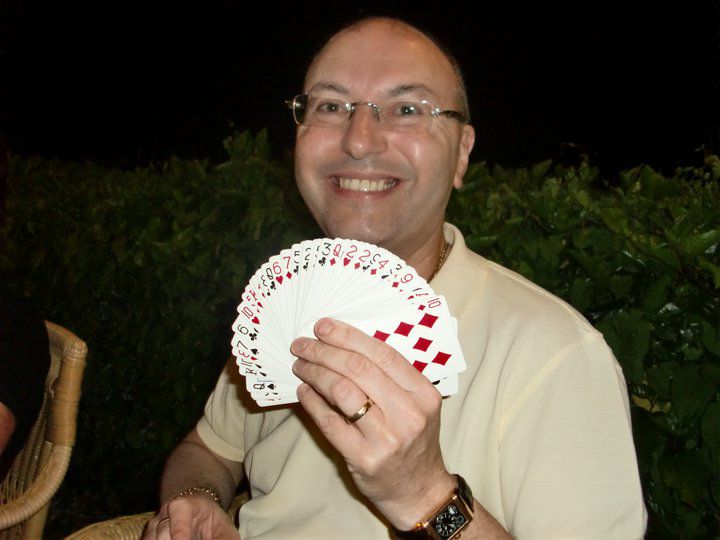 Barry Harris
Barry is an experienced magician and a member of the Magic Circle, which he first joined in 1974.

Barry has over thirty years experience as a financial adviser, and is the founder of Eclipse Financial Services. He has specialist knowledge in: residential and the buy to let mortgages, general insurance, life assurance and critical illness cover. He is also licensed by the FSA to advise on pensions, investments and debt counselling. 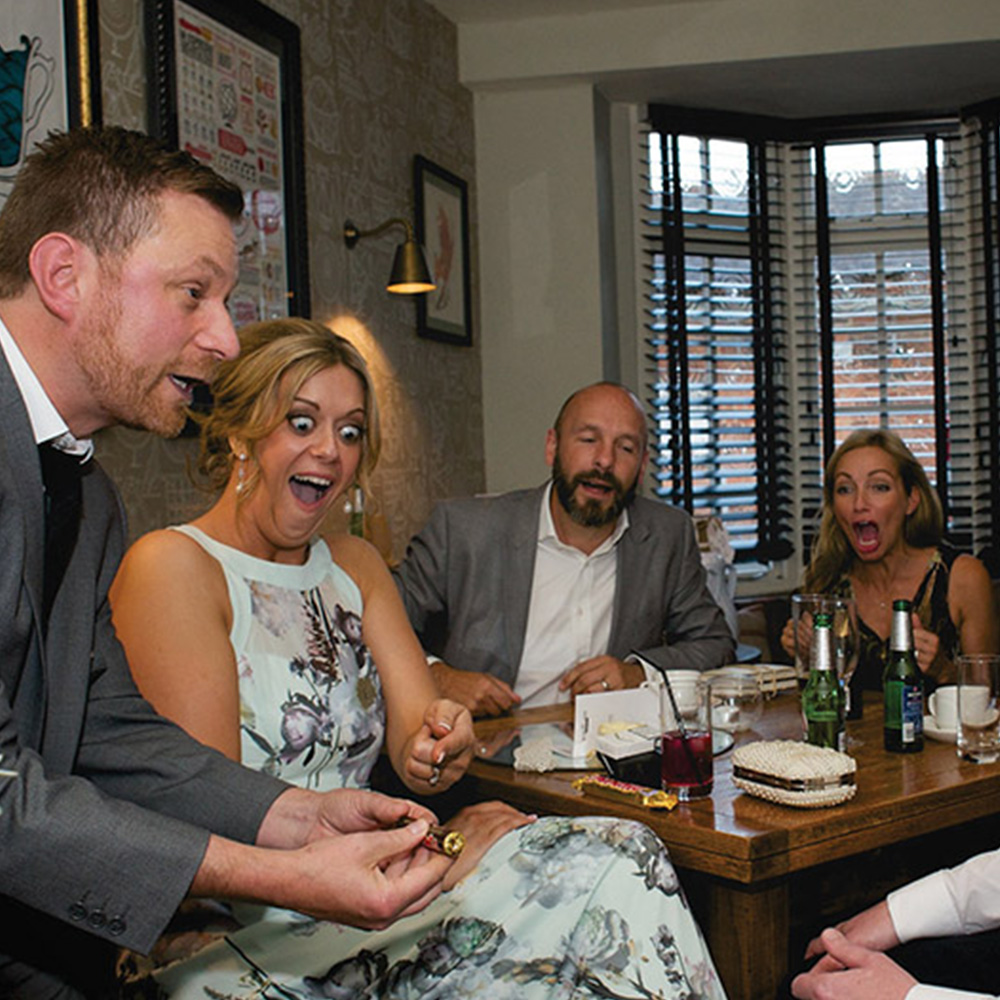 Steve Rowe
At the forefront of modern magic and developing some of the latest ideas for professional performers, Steve Rowe offers his TV style close-up magic performance to clients all over the world. 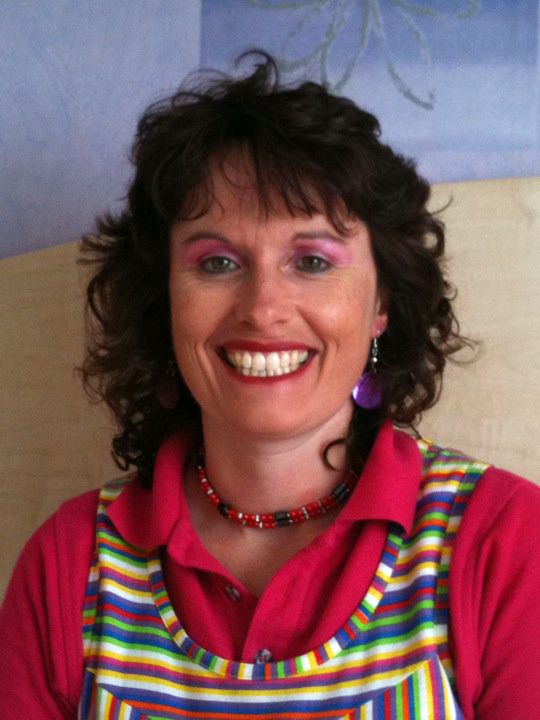 Julie Carpenter
Award-winning magician Julie Carpenter is based in Watford and is also a member of The Magic Circle. She has won several awards for her magic and has appeared on several television channels. She performs for children as Auntie Julie and for adults as Julie Michelle Carpenter. 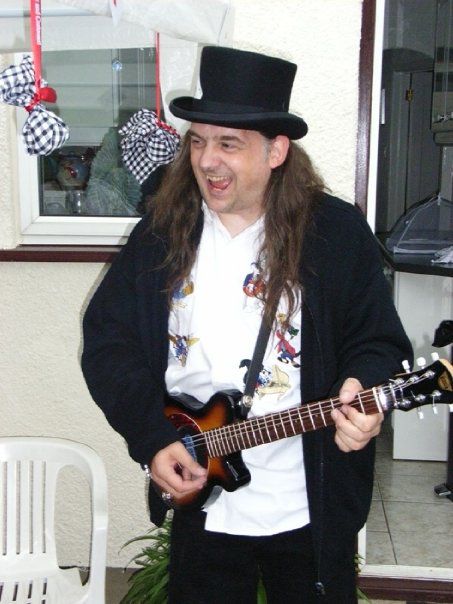 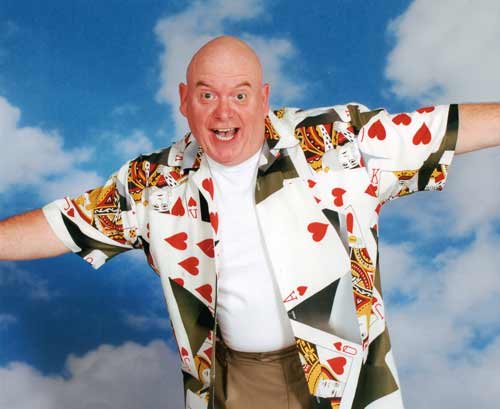 Martin Cox
Martin Cox doesn’t like to think of himself as a close-up magician, but rather a close-up entertainer. His act isn’t just about card tricks, or sawing a lady in half. The approach is interactive, and considering his past exploits and accomplishments, there is not an audience he cannot control and thoroughly entertain. 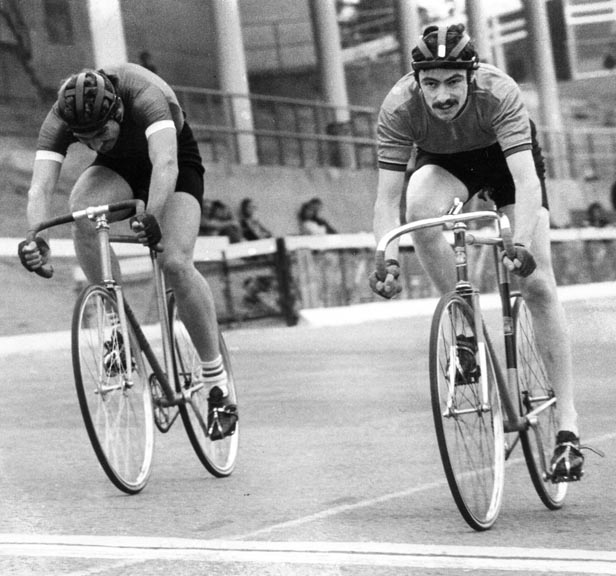 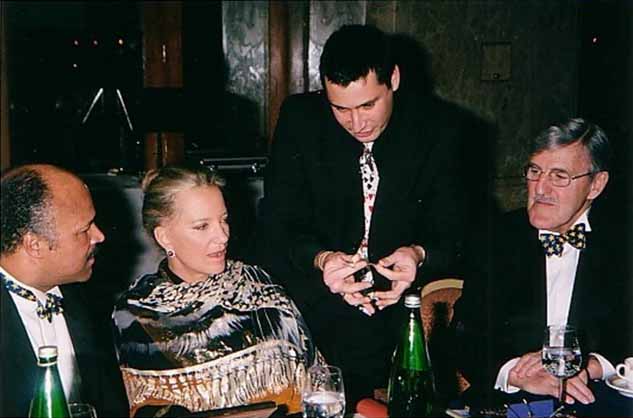 London based, Darryl Rose the international award winning television magician has performed his elite, entertaining Cabaret, Close-up and Trade Show magic Worldwide. With his unique, entertaining and creative magic, he has performed for rock stars and royalty, politicians and public, and his approach to magic has awarded him Life and Gold Star Membership of the Inner Magic Circle.

Darryl has received a standing ovation performing on a Sunday Night at The London Palladium, and Celebrities around the world have been amazed at his unique magic.

Darryl became the fastest magical entertainer in the sky when he performed on board Virgin Atlantic’s Inaugural flight from Boston to London. He continues to dazzle and his audiences everywhere he performs.

He can also take on any disguise to perform as a character of your choice for themed events and publicity stunts, and he also makes a perfect compère.

Also, watch out…as Darryl may even pick a pocket or two with his unique fabulous pick pocketing! 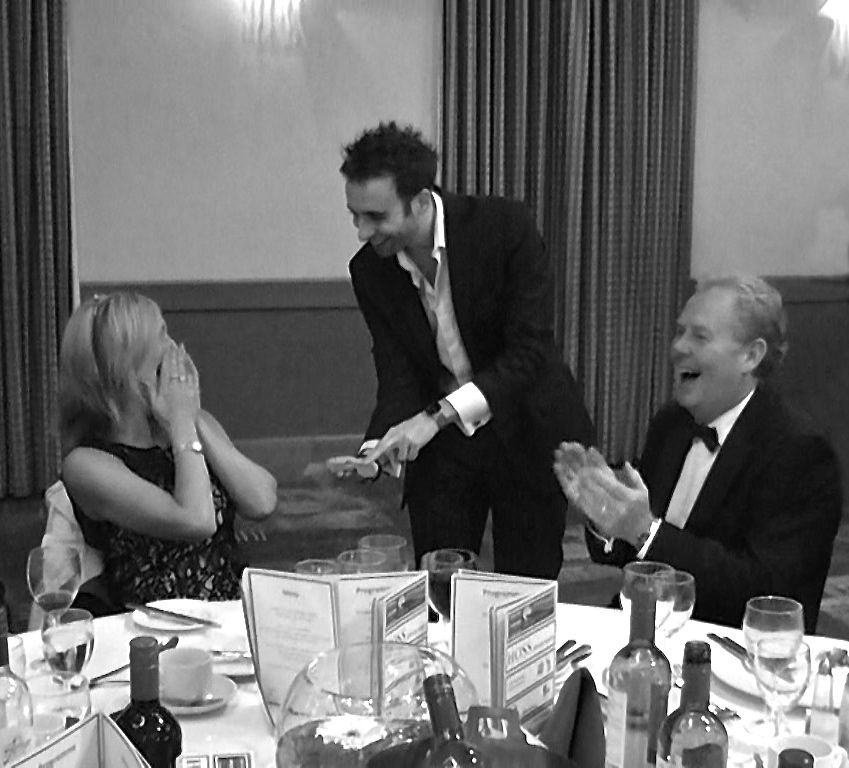 With his sleek style and modern magic, whether you’re looking for something different to entertain your guests or the perfect ice breaker, Gary will ensure your guests remember your event long after they have left.

Although based in North London & Hertfordshire, Gary regularly travels the UK and Europe to perform.

If you would like to see Gary in action, he can be regularly seen entertaining the customers at Qzeen – Indian Dining Restaurant in Bushey, Hertfordshire as their resident magician. 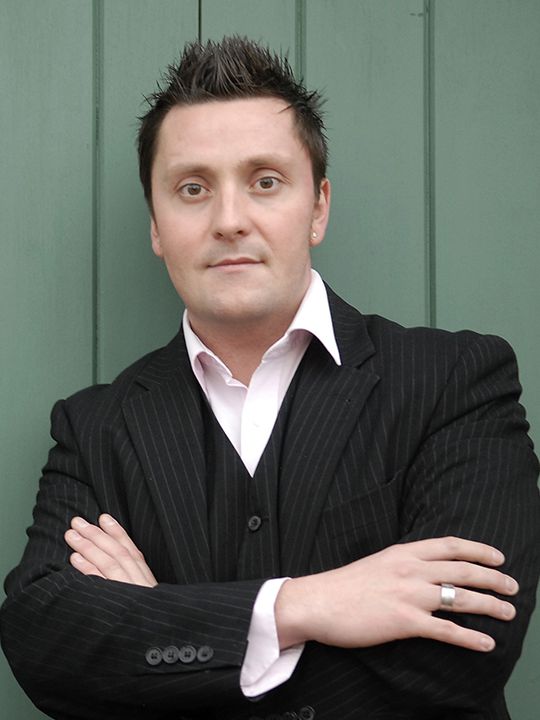 Martin Scarborough
Bedfordshire-based Close up Magician Martin Scarborough, member of The Magic Circle, has entertained throughout the UK and worldwide. His unique blend of humour and magic has Martin booked for weddings, trade shows, corporate events and private parties for various clients, major companies, famous celebrities and government organisations. Covering all of Bedfordshire, Buckinghamshire, Hertfordshire and London.

Martin is also a busy children’s entertainer and one half of duo Auntie JoJo Magic Martin. They provide children’s magic shows for birthday parties, balloon modelling, face painting and workshops suitable for older children and schools.

Membership of WAM costs £45 per annum. Temporary membership for a night costs £10.

JOIN US
Go to Top